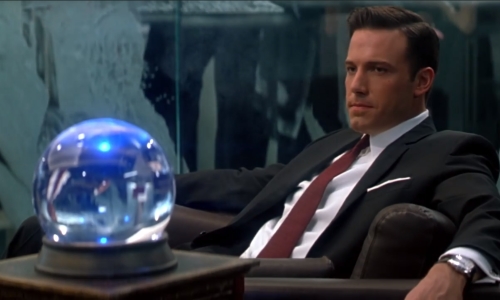 Based on the 1953 short story “Paycheck” by Philip K. Dick, this movie showcases an all-star cast of Aaron Eckhart, Ben Affleck, Uma Thurman, Michael C. Hall, and Paul Giamatti. While it made much more than its budget, the critics weren’t too fond of it and it has been pushed aside in favor of fan favorites like The Matrix trilogy which came out only a couple years prior. Ben Affleck plays a professional reverse-engineer who has his mind erased after each job. When he receives a multi-million dollar offer to work on a top secret project, he can’t refuse and that’s when things get problematic for our protagonist. Some great visual effects along with corporate espionage and double-crossing.