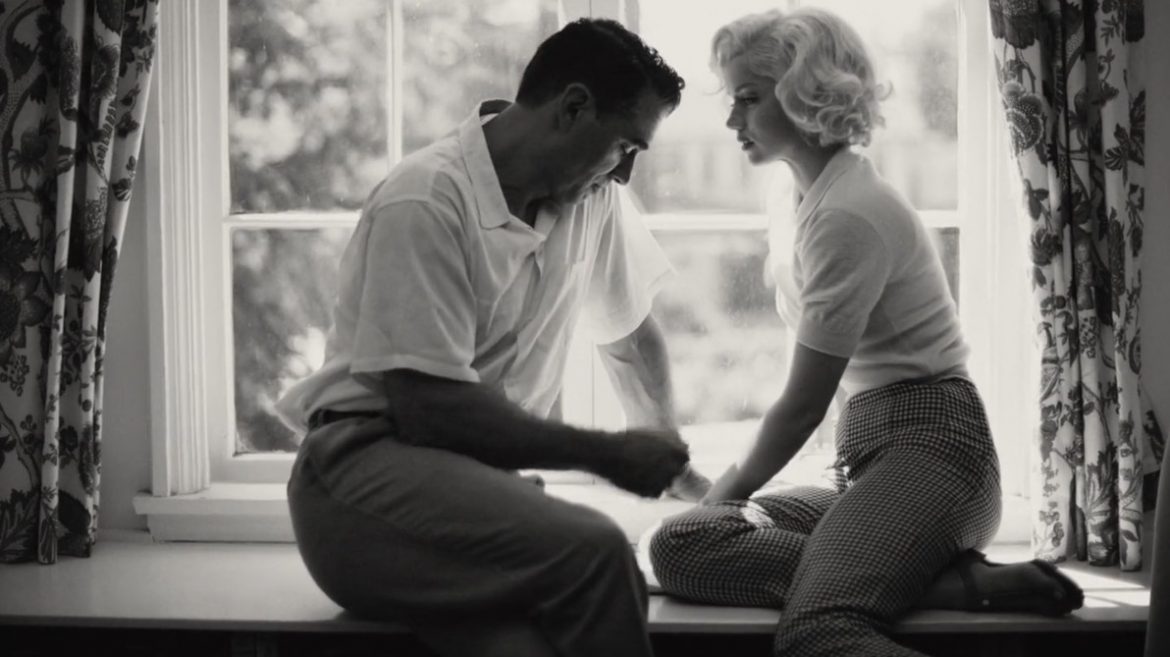 The highly anticipated NC-17 rated film Blonde on Netflix finally gets released and is torn apart for doing exactly what it was meant to do.

A creative fictional account of a Hollywood legend. A well known and loved Cuban actress in the lead role. Heavily relevant, feminine topics revisited and dissected on a deeply emotional level. A stellar, if almost over-the-top performance from the entire cast, and a surrealist approach to telling a heartbreaking story of abandonment and tragic escapism. These are the qualities of an exciting deep cut into the personal life of one of America’s most intriguing personalities, Marilyn Monroe, who became a legend and an icon. And yet the only thing critics seem to be focused on when it comes to director Andrew Dominik’s new film Blonde is criticizing the movie’s blunt nude sexual content, which, by all measures, isn’t really that extreme (begging the question of whether or not the film even needed an NC-17 rating in the first place.) And if it wasn’t the nudity, it was how the film somehow demeans Marilyn, despite the fact that it is clearly showing a heartbroken woman who was used and abused by everyone around her. But there was one thing that most of these critics don’t address: abortion. And that’s because it’s easier to focus on the shock of showing the ugly side of Monroe than the thing that actually made them upset.

It’s as if these critics have no appreciation for modern film making — probably because they don’t.

It’s not surprising anymore. Today, film critics don’t actually watch movies from a blank slate perspective of a wannabe filmmaker. They’re not concerned with the cinematography, the editing, the lighting, the tone, the character development, the story arc, etc. Yet, these are aspects where this movie actually shines. Marilyn being timid to talk about her thoughts on Magda when talking to her future lover Arther Miller, or being physically abused by her husband ballplayer Joe Dimaggio, these are aspects of Marilyn’s character that were more dynamic, and they were filmed so beautifully yet nobody has talked about it yet. Because those were the days critics discussed the filmmaking process and how they would do things differently, the scene that made them fall in love with the film, or what they liked and disliked about the storytelling or the angle of a shot. And those days are long gone.

Instead, critics today walk into the theater with a loaded gun and fire freely at the screen and the crowd with a nice big dose of diarrhea-laced nonsense cut from their own personal brand of politically and morally infused drivel, an expulsion towards anyone who doesn’t fit their standard of virtue. And they do this with no regard for what went into making the movie, the artistic approach the filmmakers took, the boldness of the lead actor, the respect everyone involved in making the film has for telling the story of a tragically exploited talent like Marilyn Monroe — because who cares about all of that? To top it all off, critics start virtue signaling and defending people who aren’t asking to be defended.

It’s nothing short of bizarre that anyone would walk away with the feelings film critics seem to have after watching Blonde. The reviews are so negative, it’s as if the critics are trying hard to not like it. The New York Times writer Manohla Dargis calls it “the latest necrophiliac entertainment to exploit” Monroe. Really? Exploring a Hollywood icon is “necrophiliac”? You must be on drugs to think that. That’s like calling a New York sirloin at a five star restaurant a lump of shit — we all know you’re still going to eat that cake, just like we all know you’re still going to watch this movie. So are you actually reviewing this film, or are you just thriving in your weird masochistic fetish of hating movies you force yourself to watch?

Even Brian Lowry of CNN called the film “distasteful” for showing images of Monroe’s fetus inside her womb while dealing with her supposed abortion. I guess, according to Lowry, we’re not supposed to connect images of a fetus in the womb with abortion and with visions of a young woman in agonizing emotional pain. No, that would just be unconscionable!

But the funniest display of absurdly sensitive viewership comes from Gary Kramer of Salon, who claims Marilyn Monroe and the Netflix audience “deserve better than this unsubtle mess of sex and suffering”. Exploitation, he argues, is ultimately what is wrong with this film. Yet, that’s exactly what the film is all about.

Defending Monroe — who’s long passed and has been exploited in media for decades, and whose associates have said nothing publicly about the film yet — and defending an audience whose opinions of which Kramer has no idea whatsoever, besides one day’s worth of Rotten Tomatoes reviews, has taken Salon further into the depths of their social bubble of clickbait outrageism. Most comically, Kramer takes issue with the decision to capture the lead actress in her birthday suit on film, saying Ana de Armas’ “body is being exploited in numerous gratuitous nude scenes”, showing that he completely misses the entire point of the film, much less the fact that de Armas has shown gratuitous nudity in numerous other films her entire career.

No, it’s more important to today’s film critics to shame a movie for graphically showing what a young beautiful woman endures in her life — experimental sex, one thousand kinds of romance, everyone and their mothers taking from you and burdening you with envious, often pious guilt — which in Marilyn’s case is not always beautiful, oftentimes just the opposite. To these critics, it’s more important to defend people who aren’t asking to be defended. It’s important to pretend like showing scenes depicting brutality is offensive when we all know they’re not offended at all and have seen far worse without denigrating it like it’s something we should all reject and demean for interfering with our screens. And after reading Kramer calling de Armas “woefully miscast”, an actor who “only barely captures Monroe’s breathy voice” (like somehow that matters), and “doesn’t quite look like Monroe either” (because apparently actors have to look exactly like the historical characters they’re portraying), at this point, I must ask Kramer, why did you watch this movie if you’ve already made up your mind about the lead actor? Despite the fact she clearly signed on for the film, excitedly promoted it, and has been nude in numerous films throughout her entire career, and even defended her nude scenes, why exactly are you defending her?

This makes a movie like Blonde stand out, but also incredibly refreshing because, if an appreciation for the art form and a need to have our imaginations and senses titillated are the reasons for watching a movie (because those are the reasons…. right?), then seeing de Armas’ breasts in deeply felt scenes of escapism and need to fill her emotional void seems perfectly acceptable, in fact preferred. There are scenes of intense trauma and violence that are rarely seen these days, such as Joe Dimaggio smacking a naked Monroe across the face and throwing her to the ground as she exclaims, “I’m sorry, Daddy!” when she did nothing wrong. Yet, the critics have called the film shallow.

This is all something very obviously tactical. These critics are virtue-signaling to what they think are their audience’s preferences, instead of giving their honest look at the film as a work of art because, to them, movies shouldn’t dare to entertain the audience with the sights and sounds of the real, true human condition. They should be watered down as to show nothing of any trauma, burden, struggle, mistakes, or sexual adventures, because these would be a form of exploitation, which I guess, according to these reviewers, is not the point of entertainment.