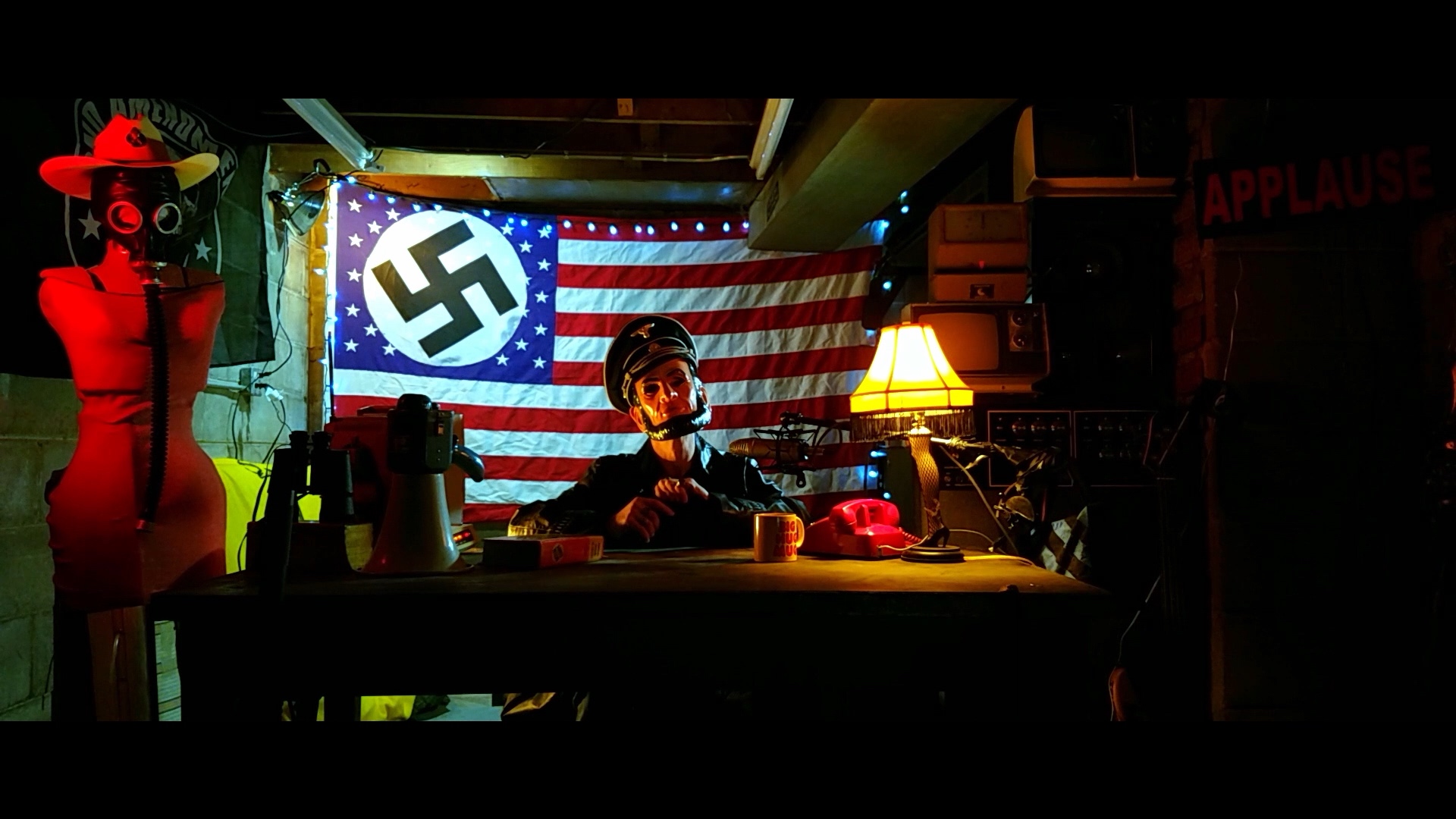 While the thematic material is not initially horrific, what starts out as an interview with a hard-right wing neo nazi quickly turns to a hate-filled extravaganza of murder and torture, culminating in the exploitation of it all live on his podcast. It may not be disturbing to those who agree with him politically, but sensitive people may view the movie as an upsetting and realistic depiction of a man who hates everyone to the point of no return.