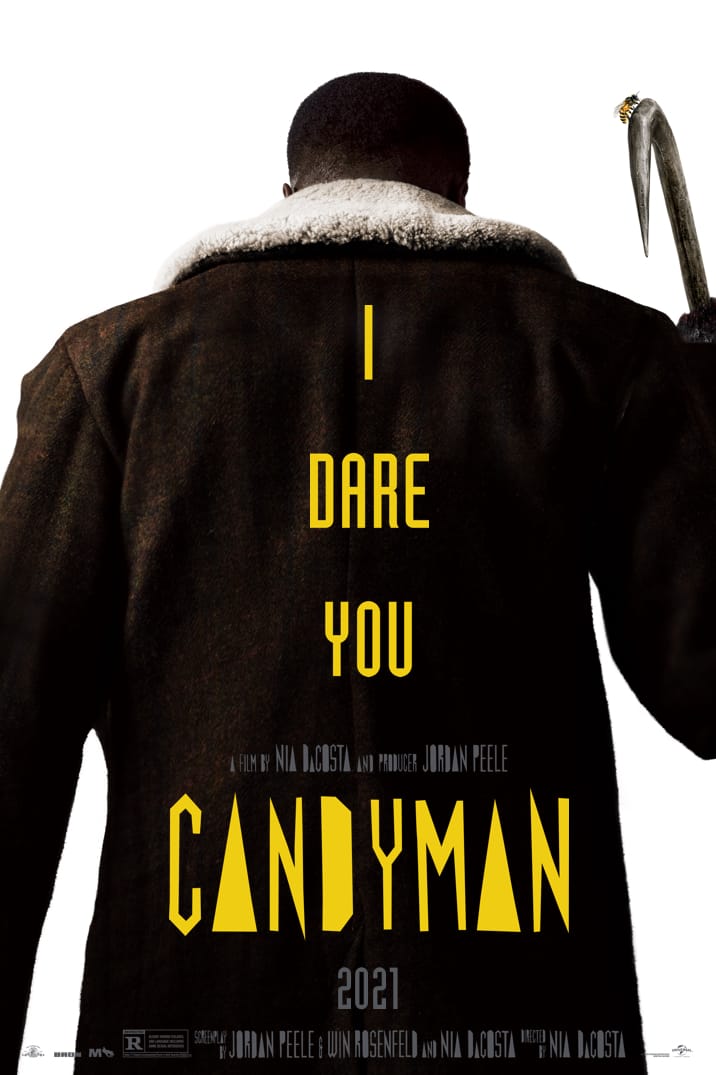 Once a highly-anticipated summer 2020 release, Nia DaCosta’s Candyman is now one of the most exciting summer 2021 hopefuls. The movie is a spiritual sequel to the ‘90s franchise starring Tony Todd as the Candyman.

In the new reboot, this iconic supernatural killer with a hook got a successor. Yahya Abdul-Mateen II, you may recognized him as David Kane/Black Manta in the DC Extended Universe superhero film Aquaman (2018), did a great job portraying the new face of Candyman.

It will take fans to the same Cabrini-Green public housing project of Chicago, which has now been gentrified. A ghost story about the supernatural killer with a hook for a hand haunts the housing projects of Chicago’s Cabrini Green neighborhood. According to legend, the killer can be summoned by anyone who repeats his name five times into a mirror. Would you dare giving it a try?