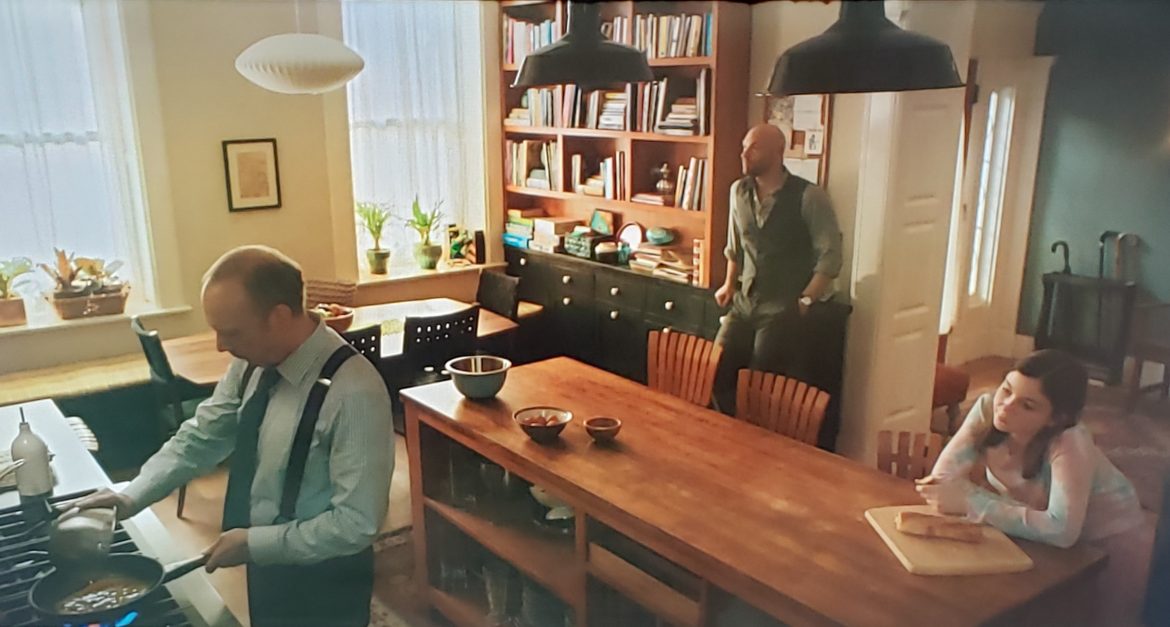 And if it’s any indication of the future of this captivating, and oftentimes titillating take on the inner workings of financial power in New York City, this scene may be a glimpse of a more creative approach to television filmmaking on pay channels like Showtime.

For a whole three minutes, after sucking down a rolled cigarette of presumably the finest cannabis a billionaire like Mike Prince (Corey Stoll) could get his hands on, Chuck Rhoades Jr, played by acclaimed actor Paul Giamatti, cooks an omelette for his daughter and fellow conspirator.

With one camera angle, no cuts, and no music or dialog, director Neil Burger manages to take us through a composite of the art of enjoying comfortable silence and the art of cooking.

It starts with the obvious introduction of the preceding joint-smoking scene where Chuck’s daughter comes in and says she’s hungry, noting the smell in the air. When they move to the kitchen, all dialog stops and, if you’re a pot smoker, you know what happens next: nothing. Just people relaxing with their thoughts for a few minutes. Toward the end of the scene, Giamatti flips the omelette in the pan almost flawlessly, lets out a slight laugh and smile at his performance — whether it was out of pride or humility is irrelevant, because this scene was so well performed by everyone that it’s hard to not be impressed, calm, content, and a little bit hungry.

It’s not often that a scene like this is captured on tape for anything as high profile as a Showtime show like Billions. Typically, this series harps on the quips and drollery of its highly intelligent lead characters, sometimes to the extent of absurdity when the writers aren’t careful — but that is a good thing. When you can take a moment for some calm, peaceful solace of just normal, everyday life, you find an ebb to your flow that just makes sense.

What’s more, it may not seem like a lot, but for a 12 year old like Alexa Swinton to sit around for 3 minutes straight without talking is probably unheard of in most families. The ADHD society we live in now dictates that someone her age would, in reality, eventually let her impulses rear their ugly heads after at most 10 seconds, and perhaps it does when she eventually dutifully places bread on the three plates before Chuck serves the omelette. But even then, she remains quiet and focused on her wait for the meal.

The grace in which the entire scene plays out is priceless. And so is the rest of this show — it may be called Billions, but you cannot put a price tag on fine art.

There are two episodes left for this season, but a sixth season has been ordered by Showtime. Catch it on Sunday nights!