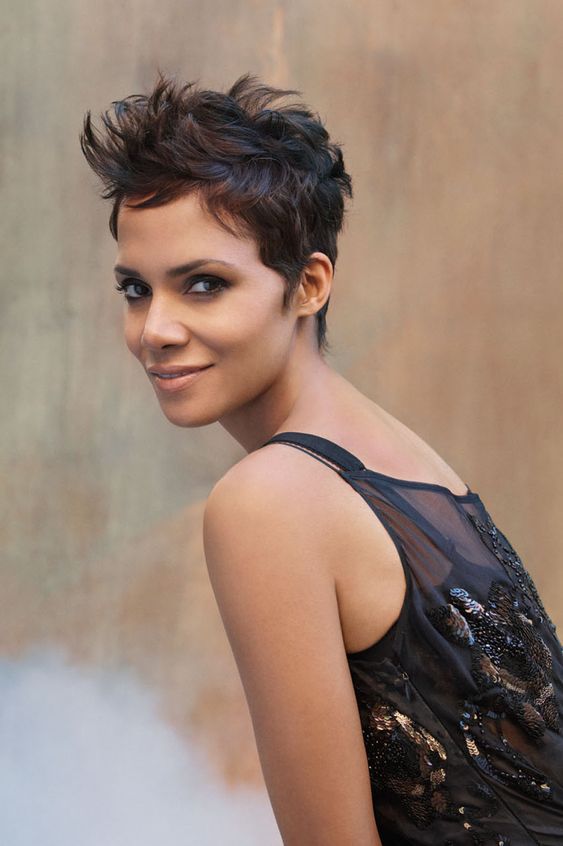 Halle Maria Berry was born Maria Halle Berry on August 14, 1966 in Cleveland, Ohio and raised in Bedford, Ohio to Judith Ann Hawkins, a psychiatric nurse & Jerome Jesse Berry, a hospital attendant. Halle first came into the spotlight at seventeen years when she won the Miss Teen All-American Pageant, representing the state of Ohio in 1985 and, a year later in 1986, when she was the first runner-up in the Miss U.S.A. Pageant. After participating in the pageant, Halle became a model. It eventually led to her first weekly TV series, 1989’s Living Dolls (1989), where she soon gained a reputation for her on-set tenacity, preferring to “live” her roles and remaining in character even when the cameras stopped rolling. It paid off though when she reportedly refused to bathe for several days before starting work on her role as a crack addict in Spike Lee’s Jungle Fever (1991) because the role provided her big screen breakthrough. The following year, she was cast as Eddie Murphy’s love interest in Boomerang (1992), one of the few times that Murphy was evenly matched on screen. In 1994, Berry gained a youthful following for her performance as sexy secretary “Sharon Stone” in The Flintstones (1994). She next had a highly publicized starring role with Jessica Lange in the adoption drama Losing Isaiah (1995). Though the movie received mixed reviews, Berry didn’t let that slow her down, and continued down her path to super-stardom.

In 1998, she received critical success when she starred as a street smart young woman who takes up with a struggling politician in Warren Beatty’s Bulworth (1998). The following year, she won even greater acclaim for her role as actress Dorothy Dandridge in made-for-cable’s Introducing Dorothy Dandridge (1999), for which she won a Golden Globe for Best Actress in a TV Movie/Mini-Series. In 2000, she received box office success in X-Men (2000) in which she played “Storm”, a mutant who has the ability to control the weather. In 2001, she starred in the thriller Swordfish (2001), and became the first African-American to win Best Actress at the Academy Awards, for her role as a grieving mother in the drama Monster’s Ball (2001).

Halle Berry has had encounters with Billy Bob Thornton (2000) and Wesley Snipes (1990).

Was placed on three years probation and ordered to pay $13,500 in fines and penalties after pleading no contest on 5/20/2000 to a misdemeanor charge of leaving the scene of a traffic accident. The judge also ordered her to perform 200 hours of community service and make restitution as determined by the outcome of civil litigation arising from the February accident when she was driving a rented Chevrolet Blazer, ran a red light and crashed into another car on Sunset Boulevard. She left the scene of the accident before authorities arrived, suffered a gash to her head that required 20 stitches to close, and the woman (Hetal Raythatha) driving the other vehicle broke her wrist. Berry reported the accident to a police officer at the hospital where she sought treatment.