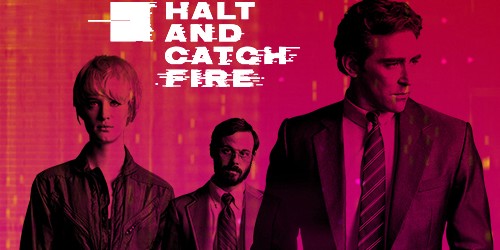 The new season of AMC’s new critically acclaimed drama took off with a blast into the world of internet computing with network gaming on Sunday. Users of Mutiny’s game Parallax have the option of chatting with their opponents and it sparks an idea to create a separate community, much like the early days of IRC or even Bulletin Board Systems in the late 80s and early 90s. It’s a reminder that, before there was Firefox and Comcast, even before there was AOL, there were peer-to-peer communications between computer users utilizing 2400 baud modems and telephone lines, pieces of hardware that are both pretty much obsolete today.

The bright future of computer networking was only touched upon slightly in this episode as the rest of the story centered around the demise of Cardiff Electric and the relationships between the four main characters, Joe, Gordon, Cameron and Donna, the latter two working for Mutiny and struggling to establish their roles in the company. The problems they all face are typical of the computer industry no matter what the decade — hardware outages, memory allocation problems, power outages, and what to do with yourself after you sell your company and make a million dollars.

However, Joe MacMillan doesn’t quite make out as well as Gordon Clark as is foreshadowed in the first season last year with his constant computer selling antics and motivational speaking using quotes he ripped from Steve Jobs. Between his struggle to keep people motivated and his attempts at hyping up a machine that hasn’t even finished being built, Joe caused quite a bit of problems for the company that equates to more than just a stir, the biggest being the unethical behavior of the CEO who landed himself in jail after hacking the bank for extra funding just to get the Cardiff Giant completed and on the shelves. None of this pleased Nathan Cardiff, the silent partner whose Texan roots and conservative business sense ultimately got the better of MacMillan in Season 2’s opening episode.

The show, albeit hailed by some critics and carrying an overall pleasant reaction from fans, does have some work to do in keeping the story interesting and its viewers online. It deals with subject matter that is all too familiar to even those in their late teens and may not have much room to develop before it becomes just another show about computer geeks. Season one, after all, was centered on the beginnings of the PC market, even culminating in the introduction of the first laptop. Computer networking, on the other hand, is a much more familiar and possibly boring topic to millennials and Gen-Xers alike. The introduction of graphical gaming might be thought of by the writers as the saving grace, but 8-bit graphics are exciting to virtually no gamer this day in age. Perhaps a more compelling piece of evidence to discredit the show’s relevance is that this season’s first episode attracted only 66k viewers while episode one of the first season attracted over 1 million.

All in all, the season is off to an exciting start, but will it live up to the thrill of the first season? We at Pop Culture Fan can’t wait to find out! Halt and Catch Fire airs Sundays on AMC and has 9 more episodes. Tune in and tell us what you think!