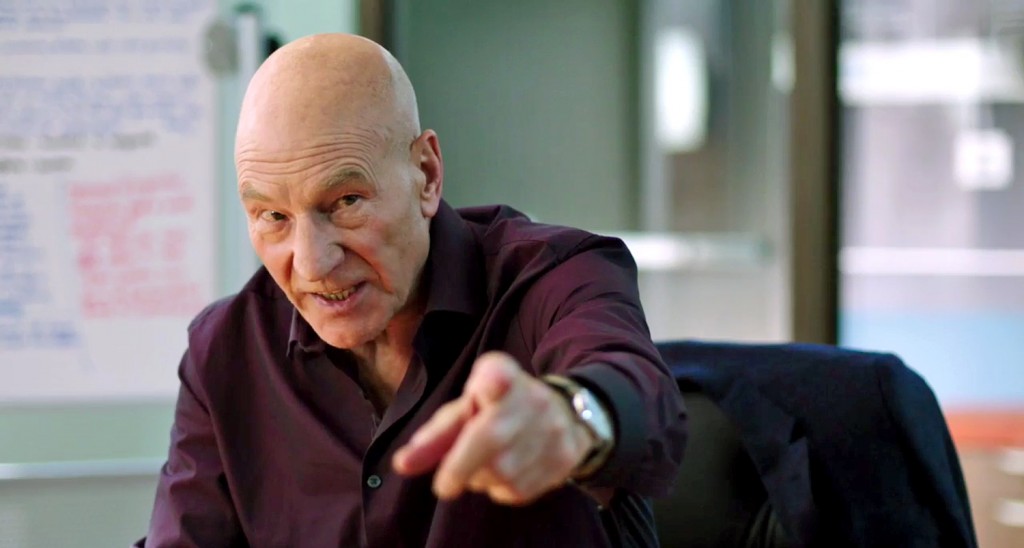 Jonathan Ames, the novelist who created the short-lived but critically acclaimed HBO comedy Bored to Death, is trying his might on a new network with the help of Family Guy‘s Seth MacFarlane in the producer chair. Blunt Talk stars Patrick Stewart of Star Trek: The Next Generation and X-Men fame as Walter Blunt, a British newscaster whose recent migration to Los Angeles in the hops of climbing the American nightly cable news ladder leads to misguided decisions on and off the air, resulting in calamities and chaos that he must navigate through in order to save his career.

If it sounds cliche, think again.

The same story has been running for a little while under the moniker Episodes, but has failed to live up to the edgy potential that both the millennial and gen-X audience are looking for. Episodes stars a husband and wife team of writers from England who get a shot at writing an adaptation of a show for a U.S. television network only to find themselves drowning in the woes of TV executive back-office antics and the allure of the Hollywood lifestyle. By contrast, Blunt Talk is more about the self-destruction of a talking head hell-bent on becoming America’s biggest news anchor. By teaming MacFarlane and Stewart you have some wackiness that might just spell “entertainment” with a capital E. And let’s not forget the creativity of a writer like Ames. While Episodes proves its on-air right with its dry wit and quirky, saucy story-line, Blunt Talk goes beyond the pale, which can be seen in just the trailer alone.