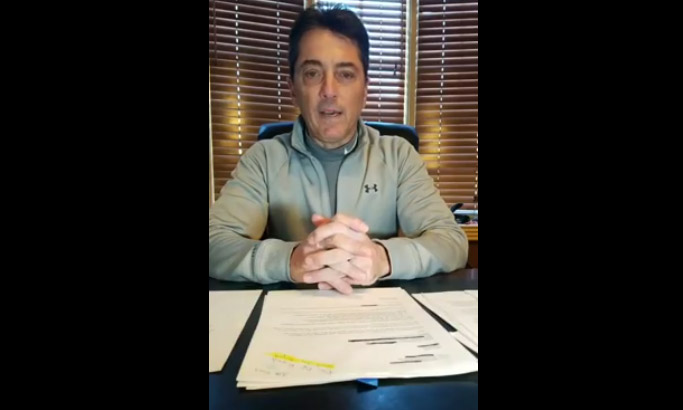 After former co-star Nicole Eggert of 80’s sitcom Charles in Charge accused Scott Baio on twitter of molesting her as a teenager, Baio took to Facebook live to tell his side of the story. Except, he didn’t address Eggert’s actual accusations and instead focused on the time they had legal-age sex.

Eggert, now 46, says that when she and Baio worked together on the 1980s sitcom Charles In Charge and she was ages 14 through 17, Baio had repeatedly engaged in sexual relations with her in his garage between tapings of the show, an allegation which Baio has gone to great lengths to deny.

A friend of Baio’s named Carmine Sabia used a news advertising platform known as the USA Herald to come to his defense after Baio had posted documents on his Twitter feed and a Facebook Live video on his official Facebook account. USAHerald is not actually a news organization but a website where anyone can purchase the promotion of their article to USAHerald’s audience. But that isn’t nearly as suspect as the documents that Baio wanted shared around the net.

The documents consist of a photocopy of a script from Charles In Charge, an email from a representative of Scott Baio to a representative named Christine Byun at the Dr. Oz show, and a cease and desist order to Eggert from Baio’s lawyer. The problem, however, is that none of this disproves Eggert’s claims that Baio had sexual relations with her when she was underage.

In Baio’s Facebook Live video, he played a recording of an interview Eggert gave to pop culture interviewer Nik Richie. While Baio plays the recording from a tape recorder (we were surprised those even existed anymore!), the interview was actually given online and in video, which can be found here. However, once again, the interview does not disprove Eggert’s claim that she and Baio had sexual relations when she was underage, and in fact Baio leaves out the part where Eggert says he touched her genitals when she was 16.

The problem is that Scott Baio seems to think that if he focuses more on the time he and Nicole Eggert had sex when she was of legal age that everyone will somehow forget about her allegation that he took advantage of her when she was underage. Nowhere does Baio himself ever actually provide the so-called “proof” he claims to have that Eggert is lying about this underage claim.

I remember the day Nicole Eggert did the radio interview with me about Scott Baio. Nicole was distraught after the interview and off air she was an emotional wreck. She told me it was much worse than she described on air. She said “he molested me as a child and I didn’t know any better.” I can vividly remember that statement. It’s not one you would forget. She told me more details that I cannot recall now since this was long ago. She was visibly shaken and her eyes were watering. I apologized for pushing her too hard and should have been more sympathetic (but I wanted to break the story of them having sex). I gave her a hug and changed the topic to our daughters to make her smile. I wish now I had done more.

Below are Scott’s tweets:

Legal letters sent to both Alex and Nicole. pic.twitter.com/0d5YXPPEFI

Emails from Prod at @DrOz & my leagal team. #NicoleEggert pic.twitter.com/OBuGTQPP3G