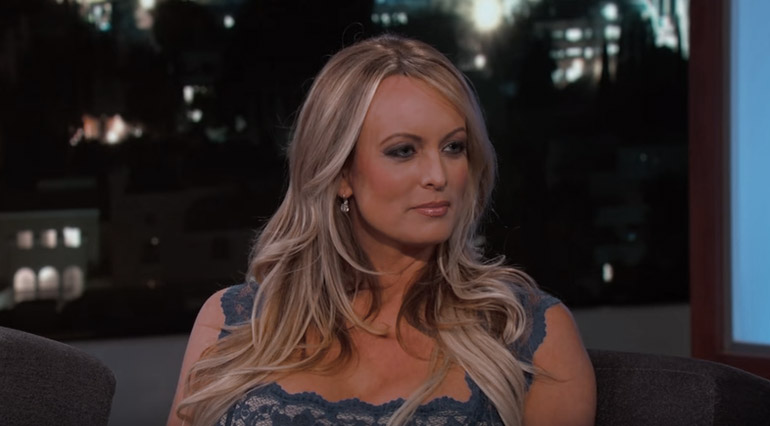 Stormy Daniels has had an interesting time in the spotlight these past few weeks. And now she wants to take it all back. Or does she?

In a statement signed by the adult film star, Daniels said

“To Whom It May Concern:

Over the past few weeks I have been asked countless times to comment on reports of an alleged sexual relationship I had with Donald Trump many, many, many years ago.

I wall have no further comment on this matter. Please feel free to check me out on Instagram at @thestormydaniels.”

Yet, when interviewed by Jimmy Kimmel just hours after the tweet, Daniels then alluded to the talk show host that the statement of denial could actually be a fake.

Stormy Daniels (going on Kimmel tonight after Trump’s State of the Union) issues a new statement saying she is denying having an affair with Trump not because of a settlement but because “it never happened.”

When introducing Daniels, Jimmy Kimmel joked, “She is an actor and director who either did or did not receive a hundred and thirty thousand dollars to be or not be here tonight, please welcome…” Kimmel then pointed out during the interview that if Daniels did not have a non-disclosure agreement (NDA) regarding the alleged affair, she could easily just say that she didn’t, effectively outing the existence of an NDA.

Daniels, however, did not say whether there was an NDA or not.