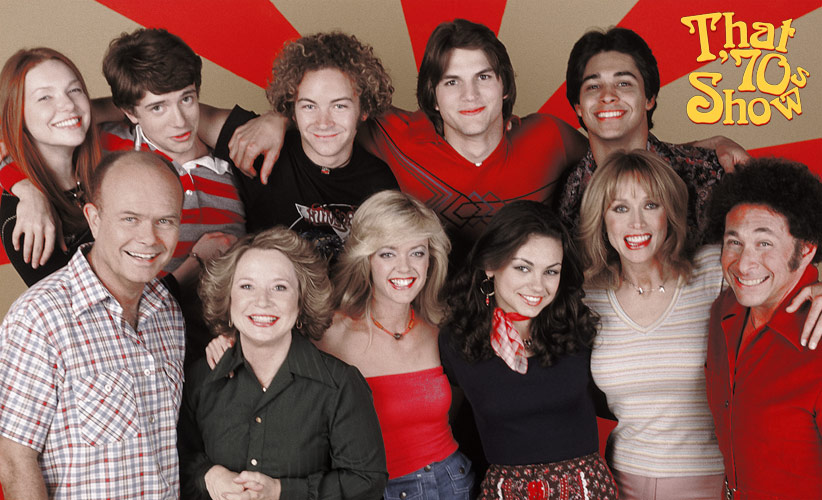 Some new characters cast to save a show from certain death do the opposite of said desired result, and Josh Meyers on That 70s Show is a perfect example.

I sometimes look for an old sitcom to put on in the background while I work and recently found myself in a That 70s Show binge. It was fun at first because the laughter sounded like it was a real studio audience. Then the second season hit and it started feeling like a fake audience mixed in with the real one, but at least the show still had decent writing, clever jokes and running gags galore, and the casting and acting worked. It wasn’t until I finally hit the 8th season that I realized why the show was cut short.

That might sound weird because the show wasn’t officially cancelled but concluded in 2006 at the end of the 8th season, but it was pretty obvious why. Sure, season 7 had a big drop in ratings which could have possibly meant that the Wednesday night audience just wasn’t interested anymore, and it could have really meant that the show had already run its course since both Topher Grace (Eric) and Ashton Kutcher (Kelso) had already decided to pursue film careers exclusively. But you know what REALLY killed the show for me? The new characters, specifically Josh Meyers.

Josh Meyers is the brother of Late Night star Seth Meyers, whom I don’t particularly like either. The two of them have a shit-eating grin forever plastered to their face that brings my hatred of humanity to new heights every time I see them. It wasn’t just that Seth would laugh at his own jokes on SNL which pushed me over the edge, it was that his jokes just weren’t that funny yet his facial expression told a whole other story. He’s marketable, and that’s about it. There’s no artistry, only junior high level humor and the crux of his theatrical presence levitates right on the line of mediocrity. He’s a personality and it’ll probably work for Late Night for years to come, but I hope I never see him in an actual acting role.

Josh, on the other hand, has had a few and I’m still trying to figure out why. In season 8 of That 70s Show he’s the worst addition to a cast I’ve ever seen. While all the other main characters have strong, distrinctive personalities, Meyers’ is virtually non-existent. He looks perfect and only serves as a tool to push the story along. The other more perfect-looking people, Kelso and Jackie, ran archetypes that offset the more normal, geeky characters I grew to love by season 2. These new characters, though? The producers should be ashamed of themselves; Josh Meyers should have been strapped to a chair and beaten for a while before being allowed on set. It would have given him character. He was a terrible replacement for Eric Foreman, but more importantly he was a poor excuse for an actor.

I realized I hated Seth Meyers around the time that he had his brother Josh on Late Night to talk about their family. Guess what? I don’t care about your family. I want to hear about the entertainment industry, that’s why I tune into talk shows like that. It turns out, Seth worked a similar thing into his Weekend Update on SNL a few years ago as well. I looked it up to see if it was funny. It wasn’t. Again, I don’t care about your family, the jokes are only funny to you and your friends, not to me as a viewer. It’s a bigger waste of time than watching a sitcom in the first place. I mean, I’ve already chosen to waste my time and laugh at dumb jokes, but now you’re going to make jokes that only you think are funny and the audience is laughing nervously to? Argh, someone kill their careers please.

So, That 70s Show finally fell apart for me. Only 9 years late, I guess. To be honest, I don’t think I missed anything. Aside from the cultural relevance of helping to push pot smoking into the mainstream throughout the early 2000s, the show’s only real relevance is being the start of four actors’ careers.